1994
With the opening of the second phase of the iconic Pangkor Laut Resort of YTL Hotels, Tan Sri Dato' Francis Yeoh, a long-time fan of Luciano Pavarotti, saw the opportunity to invite the world-renowned tenor to the island to sing for an intimate and exclusive audience, including the Prime Minister of Malaysia - Tun Dr Mahathir in March 1994, who officiated the opening of the resort.

Pavarotti instantly fell for Pangkor Laut: “This place is enchanting, it is paradise here. This morning when I wake up, I went out, I was really moved, almost crying to see how beautiful things has done God. Because this is really paradise.” With that, he dedicated and described the place with a song, ‘O Paradiso’.

Since then, a blooming friendship had emerged between YTL and Pavarotti, and the two have together, created many treasured moments in treasured places. 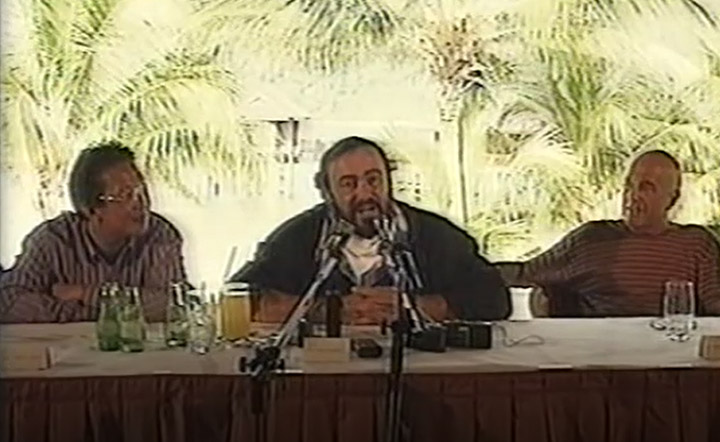 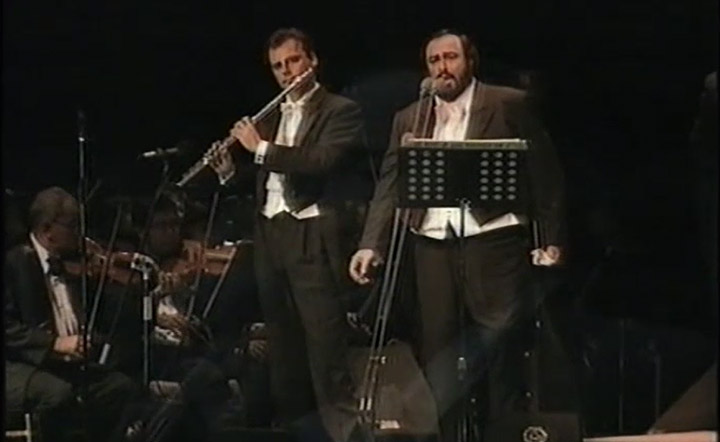 2002
Pavarotti was not only a big man with a big voice; he was also one with a big heart. As Ron Howard said, “His artistic ambition, propelled by his massive talent, and his deep love for humanity drove his career and the powerful bond with his audiences, but they also fuelled his other life as a world philanthropist.” The United Nations Ambassador of Peace dedicated his talent to philanthropic efforts and returned once again to the award-winning Pangkor Laut 8 years later to perform for the Concert of Peace in conjunction with the Asian Global Peace Forum in September, even surprising the Prime Minister of Malaysia and his wife during the final encore with the dedication of “Torna a Surriento”.

During this trip, he also officially opened Spa Village Pangkor Laut, later declaring that this award-winning spa “is a miracle.” 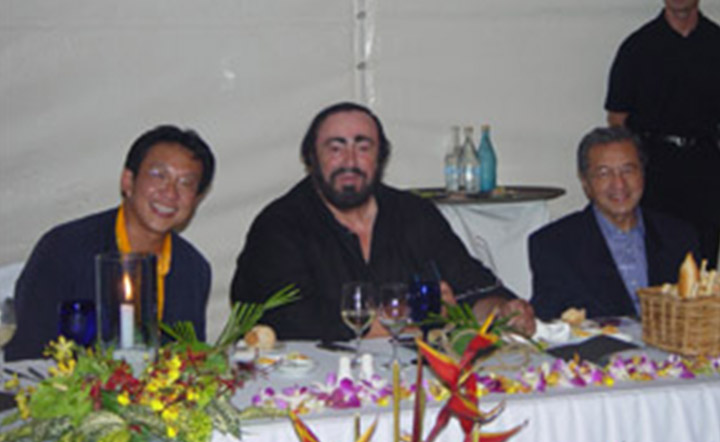 2003
On a balmy, enchanted summer night in September 2003, Luciano Pavarotti, Jose Carreras and Placido Domingo - the Three Tenors, stepped out on stage in what would be one of their last performances together, and their first and only free concert. The concert, sponsored by YTL Corporation Berhad, was organised for the people of Bath, to celebrate the opening of the new Thermae Bath Spa, and the acquisition of Wessex Water.

The Malaysian Philharmonic Orchestra was also featured at the concert with its rendition of a medley of Malay tunes. 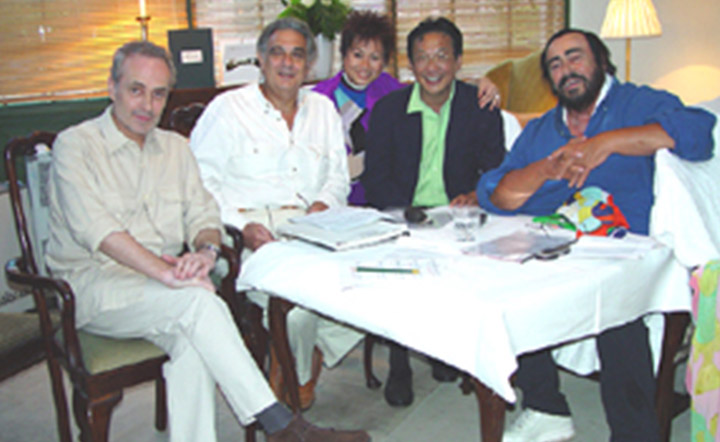 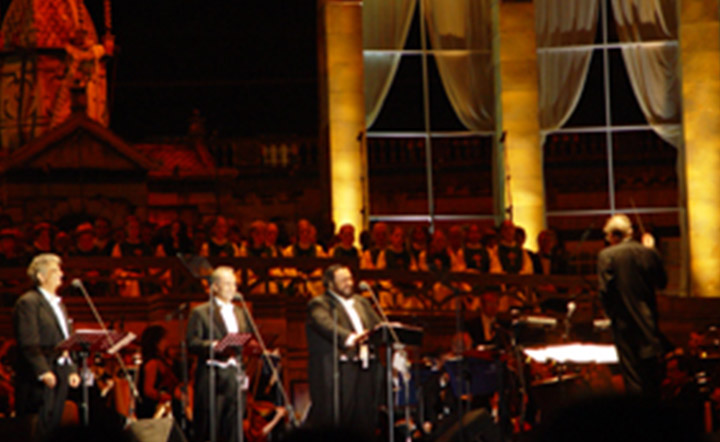 ~ For me, music making is the most joyful activity possible, the most perfect expression of any emotion. ~
In celebration of the Maestro Luciano Pavarotti, a musical legend, a beloved memory, a dear friend.


AN EXCERPT OF AN EVENING WITH PAVAROTTI
A YTL LUXURY RESORT